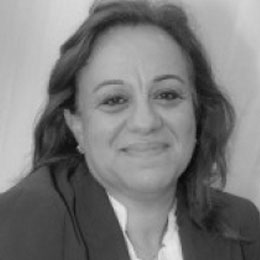 A senior lawyer with Maghur & Partners in Tripoli, a firm that represents Libyan and international cases, Azza Maghur gained her legal expertise with her father, former UN diplomat Kamel Maghur, on international cases, such as the territorial dispute between Chad and Libya (1996) and the Lockerbie case in the Netherlands (2000). She acted as a member of the inaugural committee within the Tripoli Bar Association that issued the first Libyan human rights report (1998) and as consultant to BNP Paribas on the first privatization process in the Libyan bank sector (2007). With assistance from the International Red Cross, Azza Maghur is the lawyer to have located and assisted a Libyan detainee in Guantanamo at the request of his wife and family. She was also the first to address the rights of HIV infected citizens in her lectures to the Lawyers Syndicate in Tripoli and the Libyan International Medical Faculty in Benghazi.

Maghur is recognized as a pioneer in bringing five human rights issues to light: the need to incorporate international rights treaties into Libyan legislation; the injustice of unlimited preventive custody under Libyan law; the abuses of “social homes” for young women; the right of Libyan women married to non-Libyans to pass on their nationality to their children; and the necessity to promulgate laws against sexual harassment in her country. She was behind the first International Covenant on Civil and Political Rights and the International Covenant on Economic, Social, and Cultural Rights distributed throughout Libya, and has been the public voice of women marginalized or muted by restrictive traditions and shame on a global scale.

Respected as someone whose work has initiated debate and encouraged reform, Azza Maghur was active during the Arab Spring and compelled to flee Libya to avoid persecution from Gaddafi’s government. After the revolution, she was appointed by the NTC (the highest recognized authority) as a member of the Libyan National Council for Civil Liberties and Human Rights. She was offered cabinet positions by two Libyan Prime Ministers (Minister of Culture, 2012 and Minister of Labor and Social Affairs, 2014), which she declined in order to continue her human rights work in civil society and in private practice.

In addition to drafting important legislation banned since 1964 (Election Law #4) and chairing the committee for new NGO law (2012), she was the only woman member of the February Commission to amend the Constitutional Declaration ( 2014). Maghur has been solicited to speak at numerous international conferences; interviewed by the media about her work for democracy, gender equality, and constitutional rights; wrote an op-ed piece for the New York Times cited as one of the 5 best Wednesday columns (2011); and published two books of short stories to positive reviews. Invited by the UN mission in Libya as an expert to the first meeting between members of parliament (GNC), party leaders, and specialists from civil society to find solutions to the current constitutional crisis, she continues to champion human rights internationally as she completes her third book, Libya: The Difficult Road Towards Democracy.

As a fundamental complement to her legal engagement for change, Azza Maghur has worked for growth in her community through initiatives that encourage women to participate in sports and cultural activities. She is President of Watan Youbdaa, an association of Libyan artists and politicians who have worked to make Tripoli a capital of culture in the Arab world. Maghur co-founded an NGO called She and Sports, an association that hosted public sporting events for women. She was also a founding member of a female cyclists’ group in Tripoli (2012). Her endorsement of gender equality through community activities has brought women out of confinement in their homes into the public sphere. As a response to her activism on issues sensitive in Arab culture, she has received repeated death threats from those seeking to censure women.

Azza Maghur has been widely interviewed, quoted, reviewed, and referenced in both Libyan and international sources. She was interviewed by CBC Radio, Canada for Women Media Center Live with Robin Morgan (2014); France Inter (2012); Le Monde, La Republica, la Stampa and El Pais on the Arab Spring and gender equality; and cited by American diplomat and specialist on Libyan affairs, Ethan Chorin, in his three books. A volume was published by Libyan poet and writer Younis Fennadi about Fashloum.

A recognized name in Arabic prose fiction, Maghur has published two collections of short stories with Dar Al Rowad Press, Tripoli: Thirty Stories of My City (2013) and Fashloum (2012). Some of her stories have been translated into English, including The Bicycle, ( Banipal Magazine, #40) as part of a special issue on modern Arab literature. Recently, Maghur has turned her attention to the completion of her first book of political non-fiction, Libya: The Difficult Road Towards Democracy (forthcoming essays). Critics have noted Maghur’s creative vision and her ability to capture the lost world of Libyan youth in fiction about an idealistic country in the process of change.