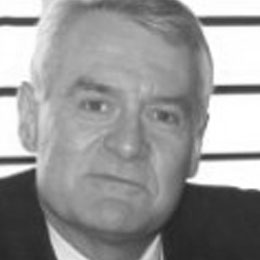 An expert in emerging markets and bank regulatory matters, Geoffrey Milton began his career with Bank of America in 1969 after graduating with a Degree in Economics from London University. From then until 1983 his responsibilities took him, via London & Manchester, to the Middle East (Bahrain, Saudi Arabia & Cairo) for 6 years. He was CEO & a Director of Misr America International Bank in Egypt (1979-1983). He chaired the American Business Group in Cairo, was a Member of the Founding Committee of the American Chamber of Commerce in Egypt (1982-3), and became a Board Member and Vice President of the Arab Bankers Association of North America (ABANA) from 2000-2005. In 2006, he was elected to the Board of the ABANA Foundation.

After a 20 year career in London, Singapore & New York, Geoffrey left Arab Banking Corporation, where he was the General Manager of the U.S. and Latin America business, in 2003 to assist in the start-up of C.I.S. LLC (Capital Investment Solutions), a boutique investment advisory firm. During his career at ABC he was also appointed to the Boards of Banco ABC Brasil in Sao Paulo (1998-2003) and Union Bank of Bangkok in Thailand (1987-1988), after negotiating significant investments in both entities. He had served on the Board of Trustees and Executive Committee of the Institute of International Bankers in New York and chaired their Legislative and Regulatory Committee. He was a Member of the Advisory Board to the Middle East Institute in Washington DC and, in addition, worked in Jordan and Yemen with the Financial Services Volunteer Corps.

As a Partner of C.I.S. LLC his primary role is to advise and consult on direct investment (both domestic and overseas) in the banking sectors of the former Soviet Union, primarily Russia and Kazakhstan. This includes liaison with EBRD, IFC, and the overseas departments of the world’s leading international banks. In 2009 he joined the team at ICS Compliance as an adviser on international bank regulatory matters and to support the firm’s global marketing strategy.

Geoffrey is a Fellow of the Foreign Policy Association, the immediate past Vice Chairman of the International Executive Resources Group, a member of the Economic Club of New York and a member of the Lotos Club (where he was elected to the Board in 2009). With dual nationality (UK & USA), he has been based in New York since 1988.