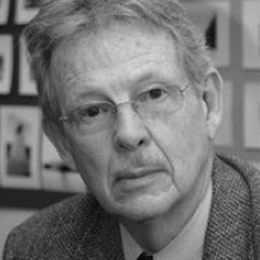 Robert Springborg (Arabic) is a leading expert on Egypt, and the Egyptian military. He has held a number of senior academic appointments, including the MBI Al Jaber Chair in Middle East Studies at the School of Oriental and African Studies (SOAS) in London, where he also served as Director of the London Middle East Institute. Before taking up that Chair he was Director of the American Research Center in Egypt. From 1973 until 1999 he taught in Australia, where he was University Professor of Middle East Politics at Macquarie University. He has also taught at the University of California, Berkeley, the University of Pennsylvania and elsewhere. He has been Professor in the Department of National Security Affairs of the Naval Postgraduate School and Program Manager for the Middle East for the Center for Civil-Military Relations, and is currently Visiting Professor at King’s College in the UK.

Springborg has worked as a consultant on Middle East governance and politics for the United States Agency for International Development, the US State Department, the UNDP, and various UK government departments, including the Foreign and Commonwealth Office, the Ministry of Defense and the Department for International Development. He has worked for various US consulting firms and was the Cairo based Director for the Middle East for Development Associates. He has served as expert witness in courts in the UK and Australia on criminal, civil and immigration cases.

Springborg’s publications include Mubarak’s Egypt: Fragmentation of the Political Order; Family Power and Politics in Egypt; Legislative Politics in the Arab World (co authored with Abdo Baaklini and Guilain Denoeux); Globalization and the Politics of Development in the Middle East first and second editions, (co-authored with Clement M. Henry); Oil and Democracy in Iraq; Development Models in Muslim Contexts: Chinese, ‘Islamic’ and Neo-Liberal Alternatives and several editions of Politics in the Middle East (co-authored with James A. Bill). He co-edited a volume on popular culture and political identity in the Gulf that appeared in 2008. He has published in the leading Middle East journals and was the founder and regular editorialist for The Middle East in London, a monthly journal that commenced publication in 2003.