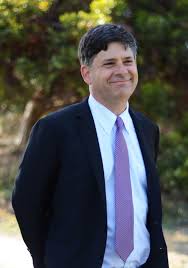 Dr. Ethan Chorin is Perim Associates’ Founding Partner.  A former U.S. diplomat posted to Libya from 2004-2006, Chorin was Head of Corporate Social Responsibility and Sr. Manager for Government Relations and Communications at Dubai Ports World (DP World).  As a Foreign Service Officer, Chorin was posted to Libya, Washington D.C., and the United Arab Emirates.  He has been an e-business developer at Shell Oil,  a Director at the Berkeley Research Group (BRG), and a Senior Fellow at CISIS.  He was a member of the Obama Campaign’s 2008 Foreign Policy Advisory Group, covering Libya and Iran.  Chorin is the author of two books, Exit the Colonel:  The Hidden History of the Libyan Revolution (PublicAffairs, 2012) and Translating Libya (Darf, 2015), and a monograph on Dubai’s relationship with Djibouti (DSG, 2010).

A two-time Fulbright fellow (Jordan, Yemen), Chorin received a Meritorious Honor Award from the U.S. Department of State for his support to U.S. business in Libya, and a Sinclaire Award for language achievement in Farsi.  Chorin’s work on Libya, the Gulf, Iran, and Africa has written for numerous publications, including The Financial Times, The New York Times, Foreign Affairs, Forbes, Foreign Policy, Forbes, Prospect andWords Without Borders.  Chorin has been a regular commentator on Libya for the BBC.