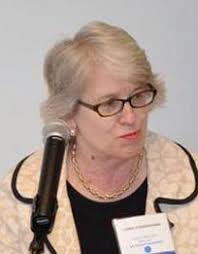 Ambassador Schermerhorn’s 35-year Foreign Service career included economic, political, staff, and program direction assignments in the Department of State, Sri Lanka, Vietnam, Iran, the United Kingdom, Belgium (twice) , and lastly as Ambassador to the Republic of Djibouti (1998-2000) during which the year-long Arta Somalia reconciliation conference sponsored by the Government of Djibouti took place.

Ms. Schermerhorn served from October 2003 through June 2004 as the Political Advisor to the commanding general of the U.S. Central Command’s Combined Joint Task Force-Horn of Africa (CJTF-HOA), based in Djibouti since 2003. She has participated in training exercises for personnel assigned to CJTF-HOA (20005, 2007, 2008, 2009, 2010 and 2011) and at AFRICOM headquarters (2008, 2009) and has participated in various activities with U.S. military entities and contractors, including a series of workshops in 2008-09 devoted to an in-depth analysis of the U.S. military combatant command for Africa (AFRICOM), established in October 2008. She most recently served as temporary Officer in Charge at the American Embassy in Asmara, Eritrea (May-July 2012) and again in August-September 2013. She is a graduate of Mount Holyoke College, the Department of State’s six-month fulltime economic course, and the National War College at the National Defense University, Fort McNair, Washington, DC. Ms. Schermerhorn frequently gives talks and participates in panel presentations on the affairs of the Horn of Africa to a variety of audiences. She has written on Djibouti for the United States Institute of Peace’s May 2003 workshop on Terrorism in the Horn of Africa in an article entitled “Threats and Responses: Djibouti: Fulcrum of the Horn,” published by the Institute in January 2004. She contributed a chapter on Djibouti to Battling Terrorism in the Horn of Africa, Robert Rotberg, Editor, published jointly by the World Peace Foundation and the Brookings Institution in October 2005, based on a November 2004 colloquium at the Kennedy School of Government at Harvard University that examined “Governance and Policy in Yemen and the Horn of Africa” with respect to terrorism and counterterrorism. Her paper “The Man from Minnesota: A New Model for Local Government?” was one of twenty commissioned by the Dubai School of Government for its April 2012 conference on ”Global Challenges, Regional Responses: Forging a Common Approach to Maritime Policy”.